‘It’s going to be like a Disneyland, for baseball.’ Waterfront sports complex on deck for Mount Pleasant 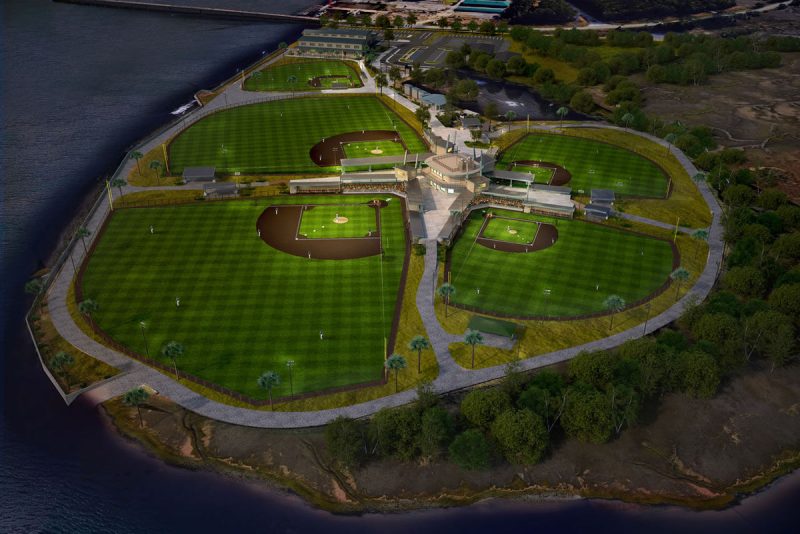 A conceptual image showing what the baseball park on the east side of the Wando River, along S.C. Highway 41, is expected to look like when completed later this year.

MOUNT PLEASANT — A 20-acre waterfront baseball complex with five playing fields and an indoor training building is under construction on the eastern banks of the Wando River along S.C. Highway 41, scheduled for completion this summer.

“It’s going to be like a Disneyland, for baseball,” said Stan Kowalski, director of the baseball program at the complex, Shipyard Park. Kowalski is owner and operator of Charleston Baseball Academy in Goose Creek.

The Shipyard Park complex is intended to be a place for players to train and compete, from youth sports to training programs for collegiate and even major league players. The complex is listed as one of the locations where the Holy City Classic baseball tournament will be held in July.

An estimated 400,000 square feet of AstroTurf will be used to create the five baseball fields, according to a statement by AstroTurf. The park’s website also shows a large, warehouse-like building suitable for indoor practice.

Kowalski said the opening date will depend on the weather, as construction moves forward. The property is owned by Detyens Shipyards, which is financing the project.

“They want to leave a legacy, make an impact, and do something for the kids and give back to the community,” said Kowalski.

Unlike most large properties under development in the East Cooper area, Mount Pleasant had nothing to do with this one. The S.C. Highway 41 bridge across the Wando River is a gateway to town, but the waterfront properties where the complex is under way, despite being on the east side of the river, are actually in unincorporated Berkeley County.

Michael Mule, spokesman for Berkeley County, said the county offered no development incentives for the project.

“However, county officials have met with the owner several times in support of the project, as we know it will provide significant opportunities for the children of Berkeley County,” he said.

“It’s really going to be something special,” said Kowalski.

This site uses Akismet to reduce spam. Learn how your comment data is processed. 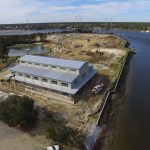